Imagine, Property Management So Passionate, You'll Swear it's Our Home…

About the Wilmington, NC area

Wilmington is located between the Cape Fear River and the Atlantic Ocean in Hanover County. The city contains a large seaport and is home to the USS North Carolina Battleship Memorial. It features a prominent historic district and is close to superb beaches. The city was the childhood residence of basketball star Michael Jordan.

The area was established during the 1720’s by English settlers. In 1739 the city was incorporated. Lumber produced from the nearby forest as well as naval stores were major factors for the economy during the 18th and 19th Centuries. During the Civil War, the local port was a primary base for Confederate blockade runners. The city was named in tribute to Spencer Compton who was the Earl of Wilmington and held the position of Primer Minister during the reign of George II. 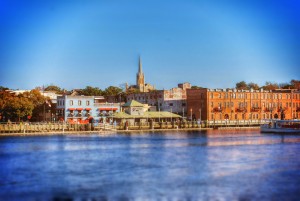 The city is home to the Wilmington International Airport.

Higher Education
The city is home to the University of North Carolina at Wilmington and the Cape Fear Community College.
http://mywilmingtonrent.com/wilmington-area-rentals/

Apply for a Rental

Schedule a Self Showing

Want to view one of our homes?  Use this button to schedule a self-showing when available, or a meeting with one of our staff.  If you need an appointment outside normal business hours simply register for the closest time, note your needs and we’ll take it from there!